In a partnership including the Tuggeranong Uniting Church and the National Council of Women in the ACT, Sleepbus is about to open a service for women only, based in the Southside of the national capital. Already the Blue Sleepbus is operating in Queanbeyan, with beds available for men and women. The Pink Sleepbus will be the first of its kind—offering safe sleeping for women, including women with children, as well as associated services such as breakfast and information about what services are available locally. 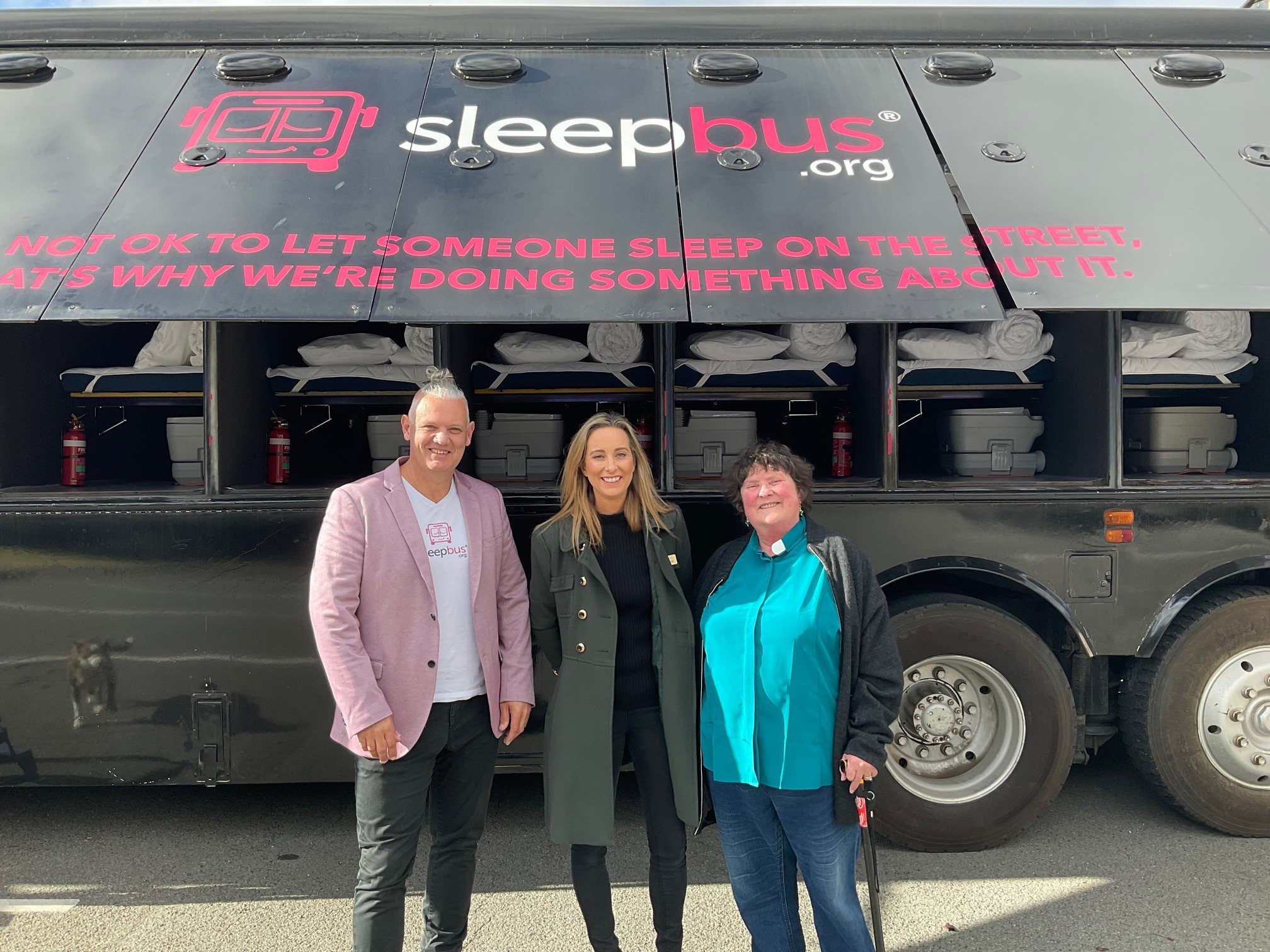 The Rev. Elizabeth Raine has had a concern for homeless women for some time. When she moved to Tuggeranong, Elizabeth began exploring with her Church Council how the Congregation might reach out to needs in the community. Replicating the model of Safe Shelter, but for women, was on the cards.

Then the church became aware of the possibility of hosting a Sleepbus. Elizabeth had been involved in the Southside Homeless Initiative, which became aware of the initiative underway in Queanbeyan. Juanita Flett, of the National Council of Women in the ACT spearheaded a fundraising drive in late 2019, raising the $100,000 that is required to bring a Sleepbus to the area. By early 2020, everyone was poised, ready to go—and then COVID hit. 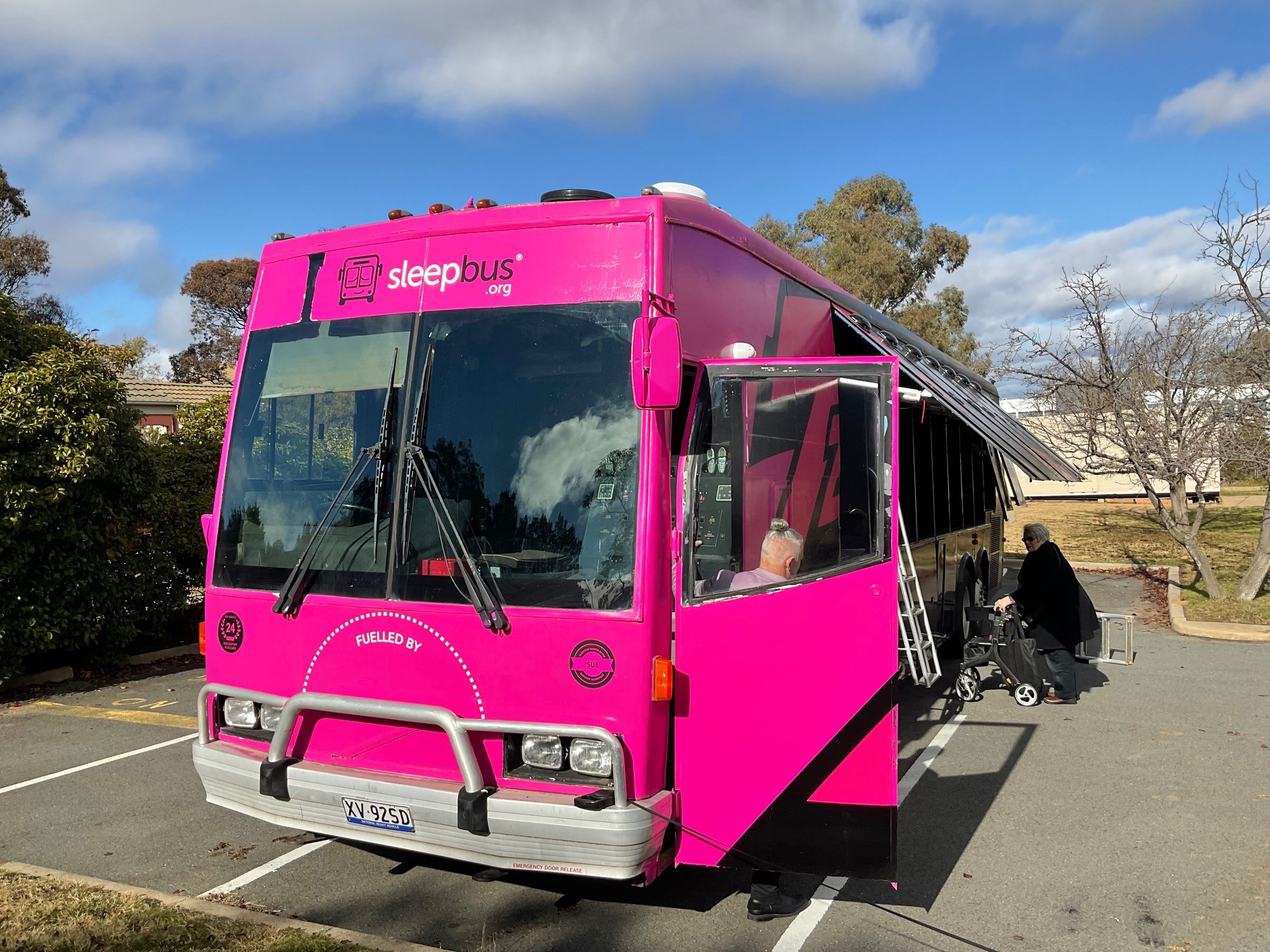 “We know that more than half the homeless in Canberra are currently women, and we know that the homeless rate of women over 50 is currently rising—not just in Canberra, but right around Australia”, the Rev. Raine said. “That situation is a real concern to us as compassionate people of faith”, Elizabeth said. “When I read the Bible, I see that God charged the people of Israel with providing special care for the vulnerable members of society—widows and orphans, with no males to protect and support them—as well as the “ aliens in the land”, foreigners residing in Israel. In his teachings, Jesus praises “whoever gives a cup of water to drink” (Mark 9:41), and in the parable of the sheep and the goats he indicates that whenever you shelter the homeless, feed the hungry, and give a drink tot the thirsty, “you did it to me” (Matt 25:35–40).

“So we’re hoping that those women who are housed in very vulnerable circumstances can find a place on the Pink Sleepbus, to at least get a good night’s sleep, clear their heads, think properly, and hopefully access services that will give them a more permanent solution to their situation. That’s the least we can do for them.”

The bus is a large bus which can sleep up to 22 women each night—each in their own separate pod. Each pod is air-conditioned and comes with a mattress, pillows, sheets, blankets (washed daily), USB charging, lockable door and a television with a special channel showing services in the area for pathways out of homelessness. Inmates from the ACT Corrective Services unit, the Alexander Maconochie Centre, have been making sheets, quilt covers and pet beds for the bus. 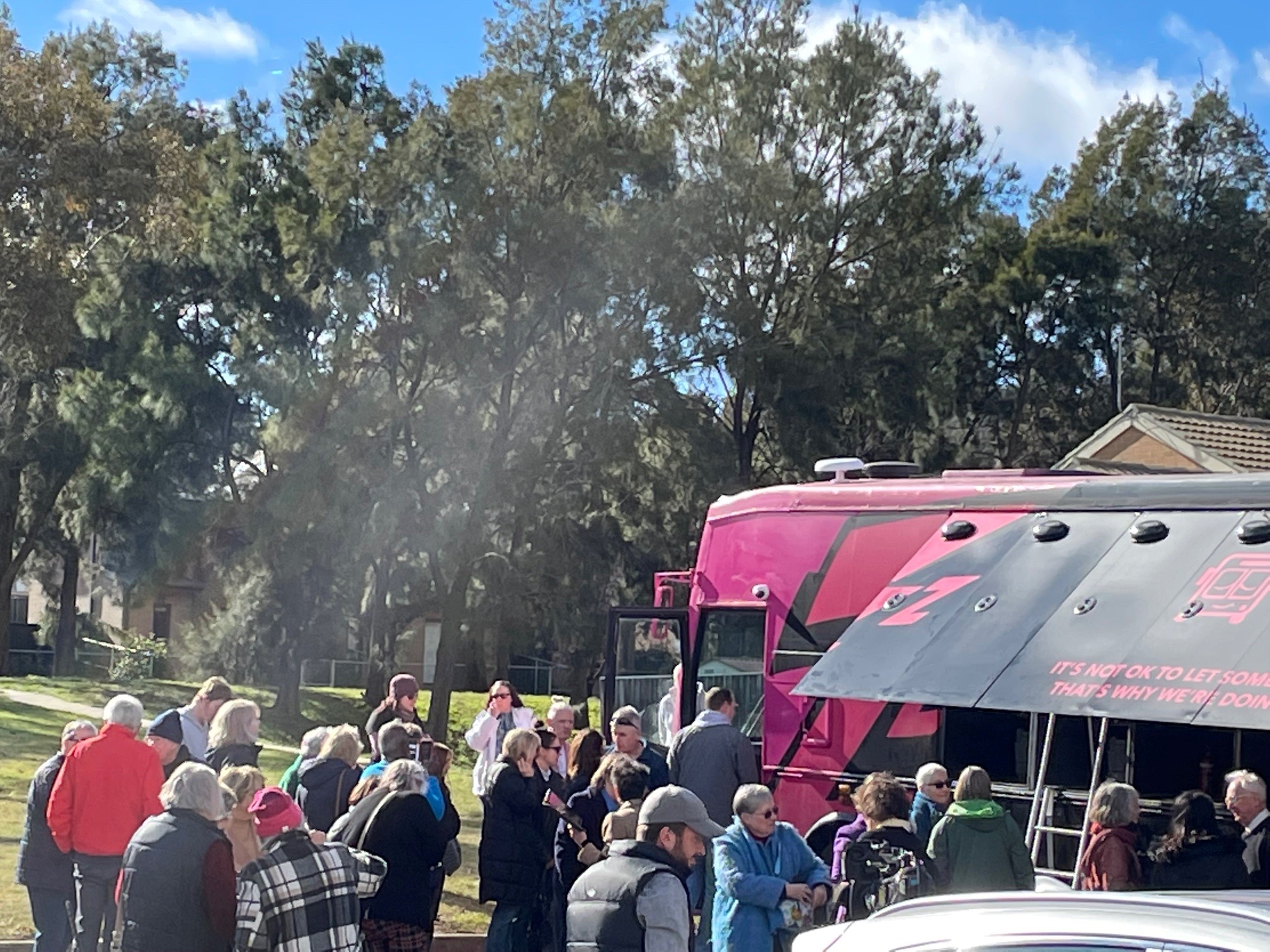 The bus also has a special purpose-built larger pod that can cater for women with children, with two double bunks in its own area. There is a storage area running underneath the sleeping pods that includes pet pods, so that if women are travelling with their pets, there is somewhere for their pets to stay overnight.

The women are met each night by volunteers from local service groups and workers from employers who have a community service scheme. The pods are cleaned thoroughly each morning by a new set of volunteers, and fresh linen is provided for each night’s stay.

The front of the bus has its own self-contained section, where a caretaker sleeps at night. Juanita Flett explained that “the bus is really an emergency stop-over for the women; it’s not meant to be a permanent solution, it just provides a safe sleep for that night, and then the women can face the next day after having a good rest.”

The Pink Sleepbus will be stationed at Tuggeranong Uniting Church’s car park for three nights a week to start off with—Friday, Saturday and Sunday nights. Elizabeth notes that “We expect it will take some time to build up the service, for people to develop a trust in the volunteers who meet them. We want people to know that if you’re sleeping rough and you’re not getting a good night sleep, you don’t need to keep doing that. You can sleep on the Sleepbus, have a good breakfast, and be pointed to some of the local services that can assist you longer-term.”

The Pink Sleepbus was launched on Saturday 19 June in the car park of the Tuggeranong Uniting Church in Wanniassa, with a good crowd of almost 100 people from the Uniting Church, the National Council of Women ACT, and a number of local service organisations (SeeChange, Rotary, Lions, Communities At Work, and others). The bus is sponsored by ICON Water and some other local businesses, and is named after the late Sue Schreiner, feminist, lawyer, and ACT community activist. Ms Schreiner, the first woman from the ACT to be admitted to the New South Wales Bar, was a staunch advocate for finding solutions to homelessness.

To contribute to the costs of the Canberra Pink Sleepbus, go to
https://www.sleepbus.org/fundraisers/juanitaflett40/ncwact-pink-sleepbus