Contributing to the public discourse on issues of importance 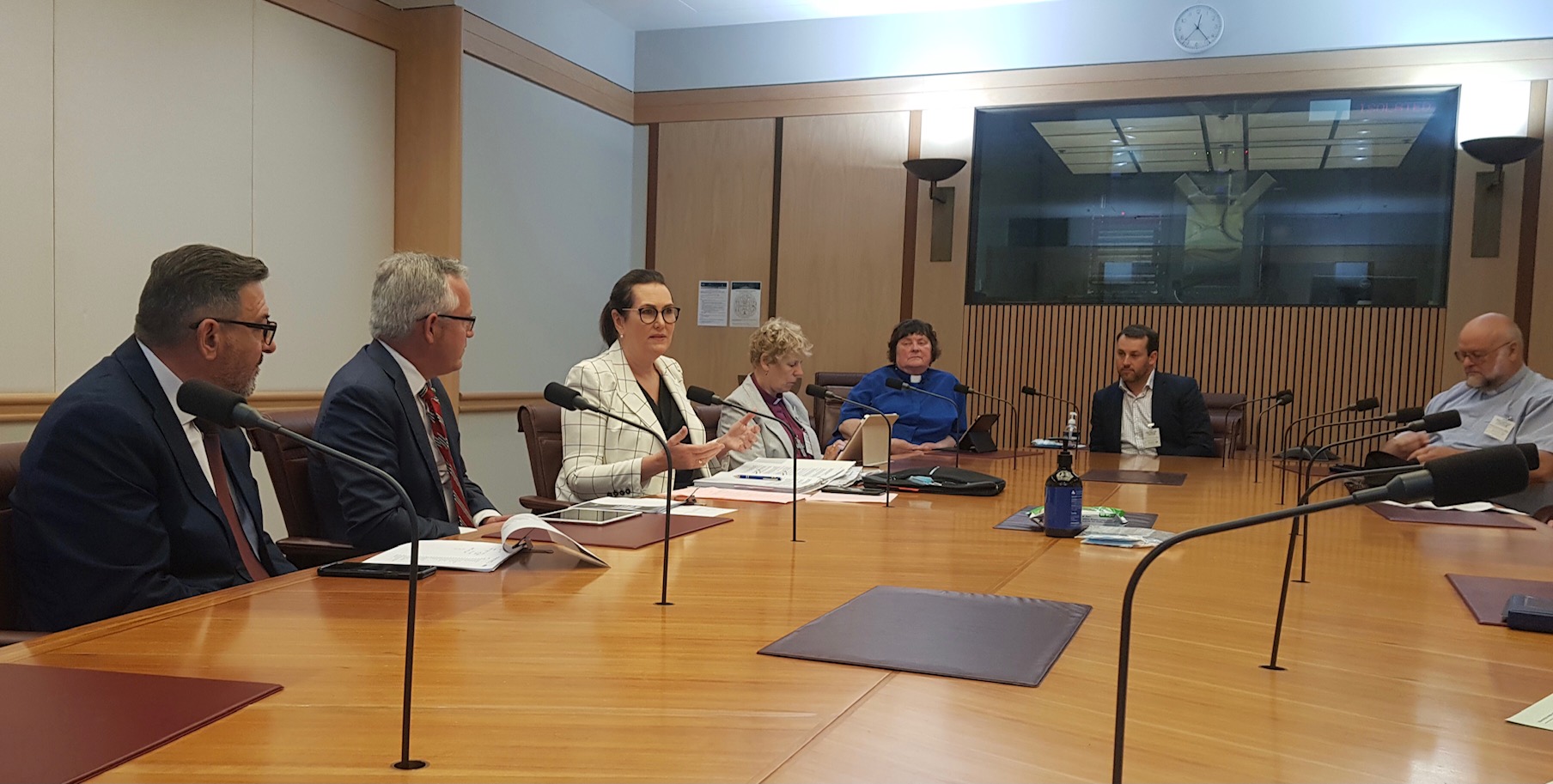 Last week, Elizabeth and I joined with leaders from the Anglican, Roman Catholic, Presbyterian, and Greek Orthodox churches in the Australian Capital Territory, and a Jewish rabbi, to participate in a meeting in a Senate Committee Room in the Australian Parliament House.

We were invited to meet with our local MP, David Smith (Member for Bean), as well as an Adelaide MP, Steve Georganas, and Senator Deborah O’Neill, to discuss our response, from a faith perspective, to the draft ALP Policy that is being developed.

All three MPs are people of faith, committed to bringing their Christian commitment into the work they do in serving the public as members of Parliament, preparing and debating legislation for the nation. A recent survey indicated that Christians currently number more than 40% of the Coalition government and about 30% of the Labor opposition in the Federal Parliament.

This meeting was one of a number of meetings with religious leaders that are being held in key locations right around Australia—an initiative of Senator O’Neill—as the Labor Party shapes its Policy document. It’s really good to see such an initiative amongst our federal leadership: providing the full draft document, listening to specific feedback on a range of issues, committing to advocate for the points of views expressed by religious leadership.

Our conversation covered, not surprisingly, matters such as the religious discrimination bill (which we were told was not, despite government promises, being developed as a bipartisan process); abortion and euthanasia (yes, there was a Catholic bishop in the room, with much to say about these two issues); education, and government support of religious schools; and care of the vulnerable, an issue of special concern during this year of the viral pandemic.

There was sometimes, we felt, an assumption that all religious leaders agreed on what a faith-based stance on these issues would be. Given the time constraints, we didn’t break into internal dispute on these things during this meeting. But it is clear that on some issues, there is a wide range of points of view amongst people of faith.

From a Uniting Church perspective, we were able to affirm two matters which are key to our understanding of how we live as faithful disciples in the contemporary world. The draft Policy includes a clear statement of the ALP’s commitment to a Treaty with First Peoples. It highlights indigenous issues at the front of every policy issue, recognising that consultation with our First Peoples is paramount.

There is also a section which deals with the environment and energy, with a commitment to continue the process (currently, tragically, stalled under present federal leadership) of working towards a suite of fully-renewable sources of energy. We noted that the Policy really needs to offer clearer expression of how the all-important transition away from coal will be managed by Labor. Both support for renewables and the careful transitioning of the coal-based workforce into those industries needs clearer and more comprehensible articulation.

As we discussed matters relating to refugees and associated visa issues, we were assured that a Labor Government would be treating these matters quite differently from the present incumbents. That would be a good thing to see come to reality. It has certainly been an area where the actions of both major parties, over some decades now, have left much to be desired. We need to resolve the situation of thousands of refugees and asylum seekers who are currently, most unjustly, waiting in limbo. This, it was clear, was a matter of agreement by all faith perspectives represented in the meeting.

As we left, we were given a clear commitment to ongoing consultation with faith leaders in the ACT—something that everybody appreciated. It will be good to see this carried through in the coming months and years.