The Loan and The Yarn: the Presbytery Meeting on 15 May

Members of Presbytery from right across the region—country, coast, and capital—came together in person for the first time in 18 months last Saturday. The Presbytery met in council at Canberra City Church, receiving reports, sharing fellowship, hearing from the Moderator, and exploring issues that emerged from a recent conference on Gospel Yarning. It was a joyful time of reconnecting in person after such a long absence, when we maintained connections by means of ZOOM. 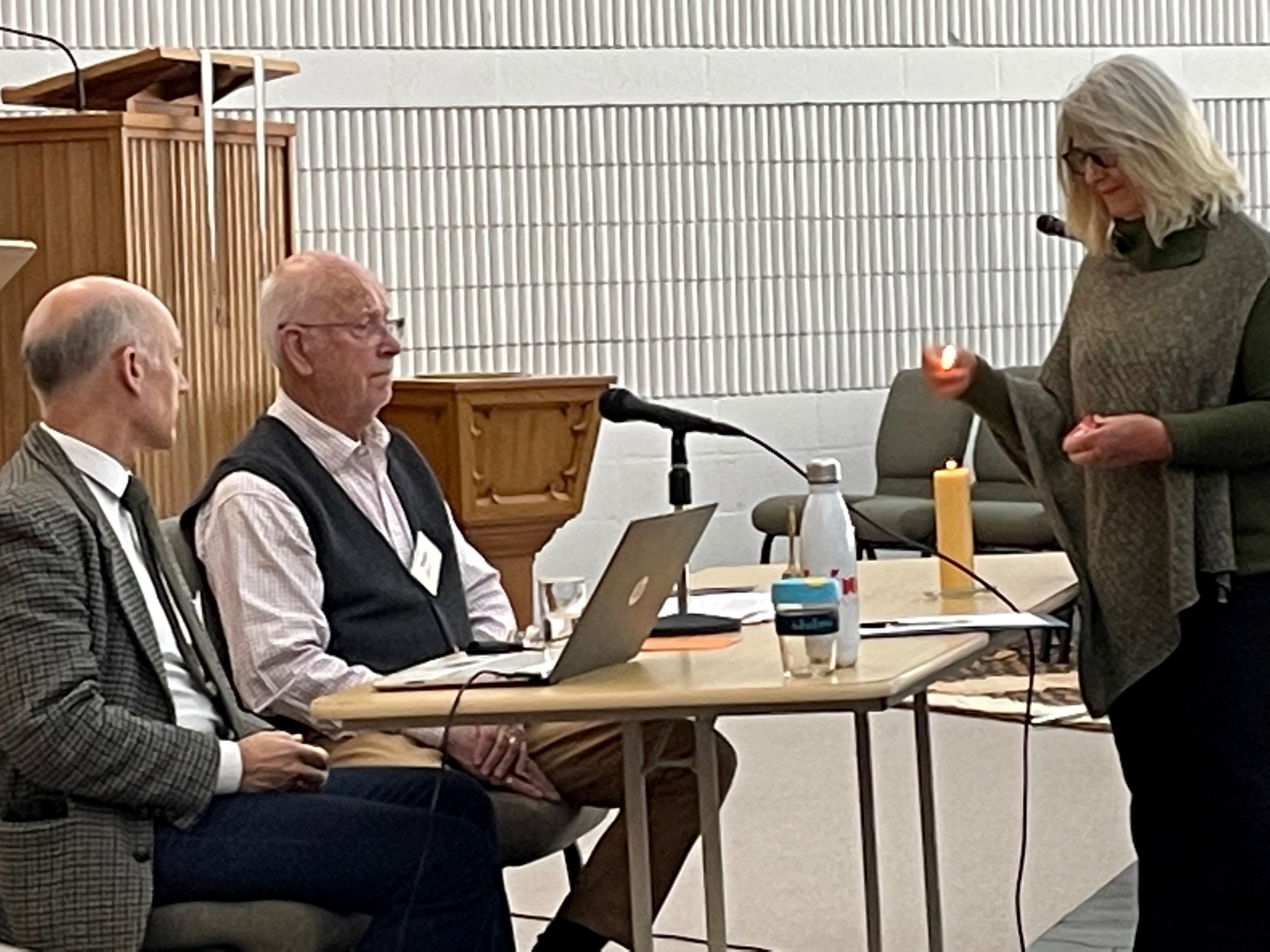 Presbytery Co-Chairperson lit the Christ candle as we gathered in worship, singing a hymn for the Ascension recently written by the Rev. Michael Earl (minister at Bowral). Co-Chairperson Ross Kingham offered a reflection on the Ascension and led in prayer, before the business session began. After reports had been received from Presbytery committees and the Treasurer, the gathering was addressed by the Moderator, the Rev. Simon Hansford.

The Loan. To the great delight of those present, he announced that the Synod Standing Committee had agreed to pay out half of the loan that the Presbytery currently has. The Pilgrim House Policy Committee has agreed to match that offer, meaning that the loan will be fully discharged. There will be no change to the annual distribution of funds from
Pilgrim House, meaning that Presbytery, Canberra City, and Assembly will continue to receive their agreed annual amounts.

Presbytery expressed gratitude to the Moderator for the Synod’s decision, and agreed by consensus to thank the Financial Task Group for their work on this matter. In presenting this proposal, Andrew Smith especially noted the work that Presbytery Treasurer John Sutton had done to bring the process to this point of decision. The Presbytery supported this proposal with acclamation.

The Moderator also spoke about the way that the restrictions of the last year have led to a greater collaborative work involving leadership of Presbyteries and the Synod. He also explained the focus that has emerged on forming communities of active disciples, developing mission along

The Yarn. In the afternoon session, members of Presbytery focussed on some of the key issues that had emerged from the recent Gospel Yarning Conference. This was held recently at the Centre for Ministry at North Parramatta, and also had provision for people to participate online. 12 people from Canberra Region Presbytery attended this conference, including Presbytery Minster Congregation Futures Andrew Smith, Presbytery Secretary Robbie Tulip, and PRC Chairperson Elizabeth Raine, as well as members of a number of our Congregations. 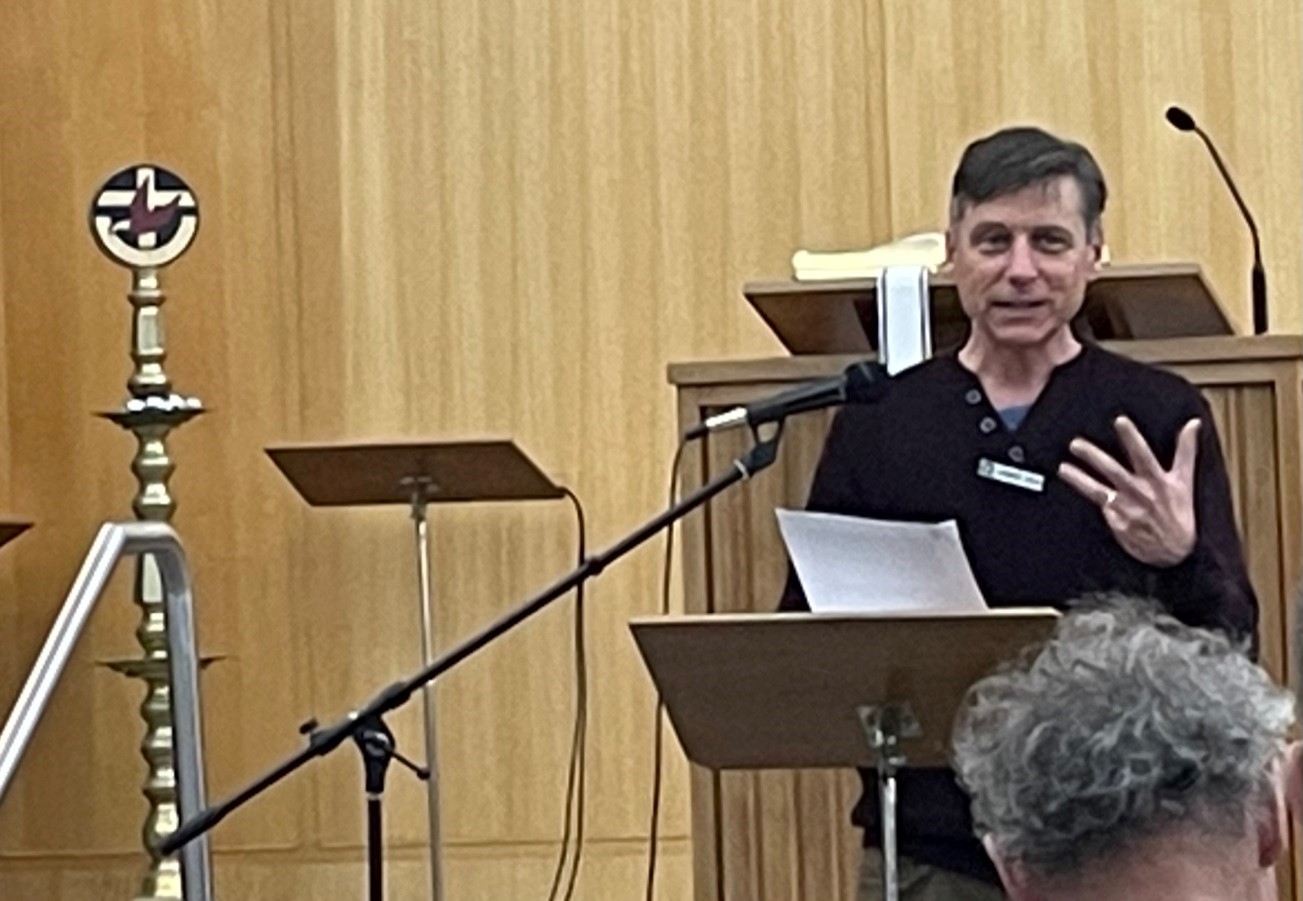 Together we watched three short videos: Growth is hard work, from a Congregation in Western Australia; The Gospel Project, a current project of Uniting Mission and Education; and Empowering people for mission, from The Underground Church in the USA. Members of Presbytery split into three groups, and each group discussed one of the videos. Next week in this newsletter there will be reports from each of the groups that discussed their video.

It was great to be able to meet together in person; the buzz in the hall over morning tea and lunch was energising! Let us hope that our COVID Safe practices hold and that we are able to continue with in person gatherings as the year continues. 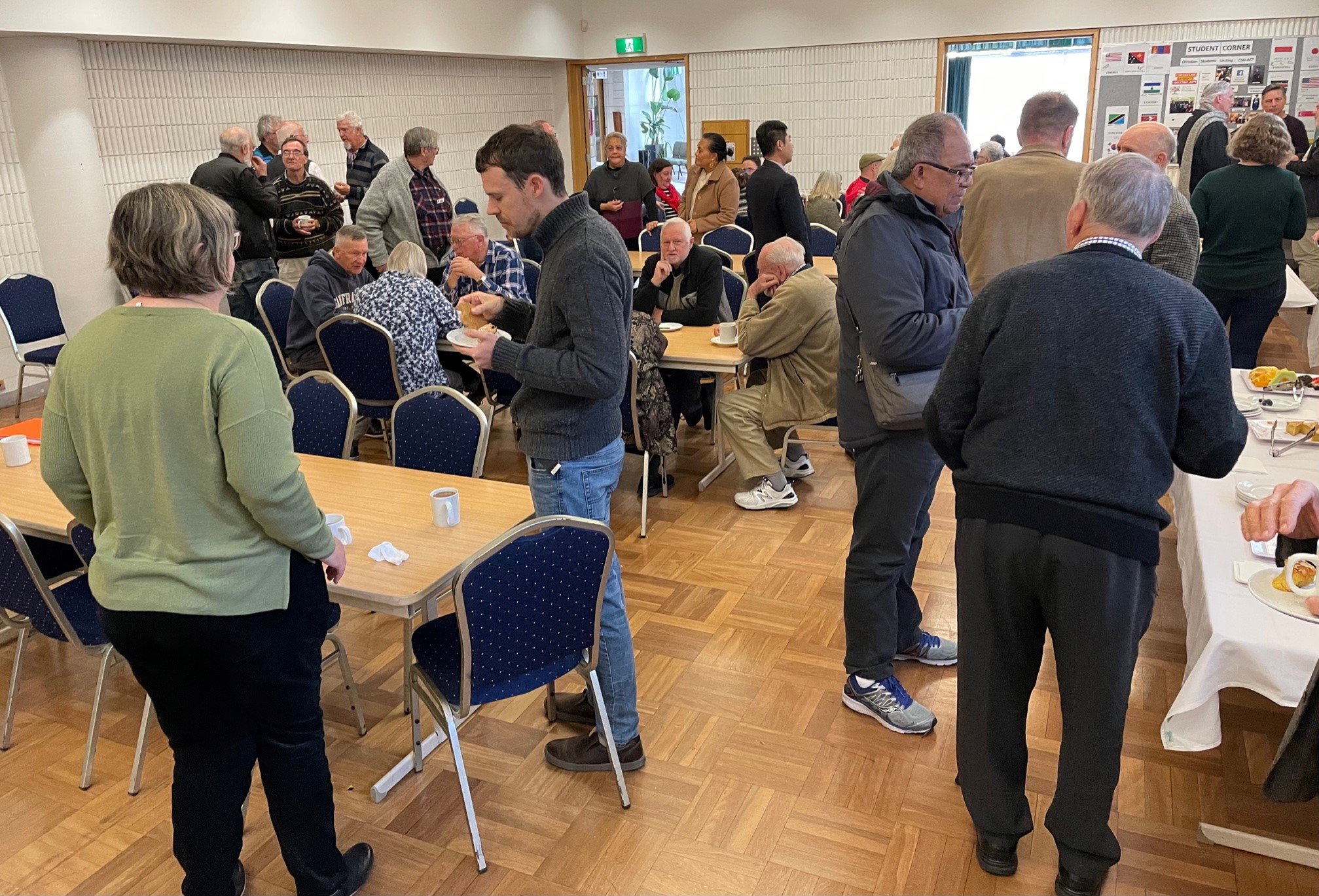