Let’s channel our concern for the planet into positive action. The launch of UCAN

Last Thursday, 24 June, the Uniting Climate Action Network (UCAN) was launched. This is the next step in the development of the Synod Climate Action Strategy (SCAS). This is a strategy that is being developed through consultation with a wide group across the Synod. It is spearheaded by the Social Justice Unit of Uniting. 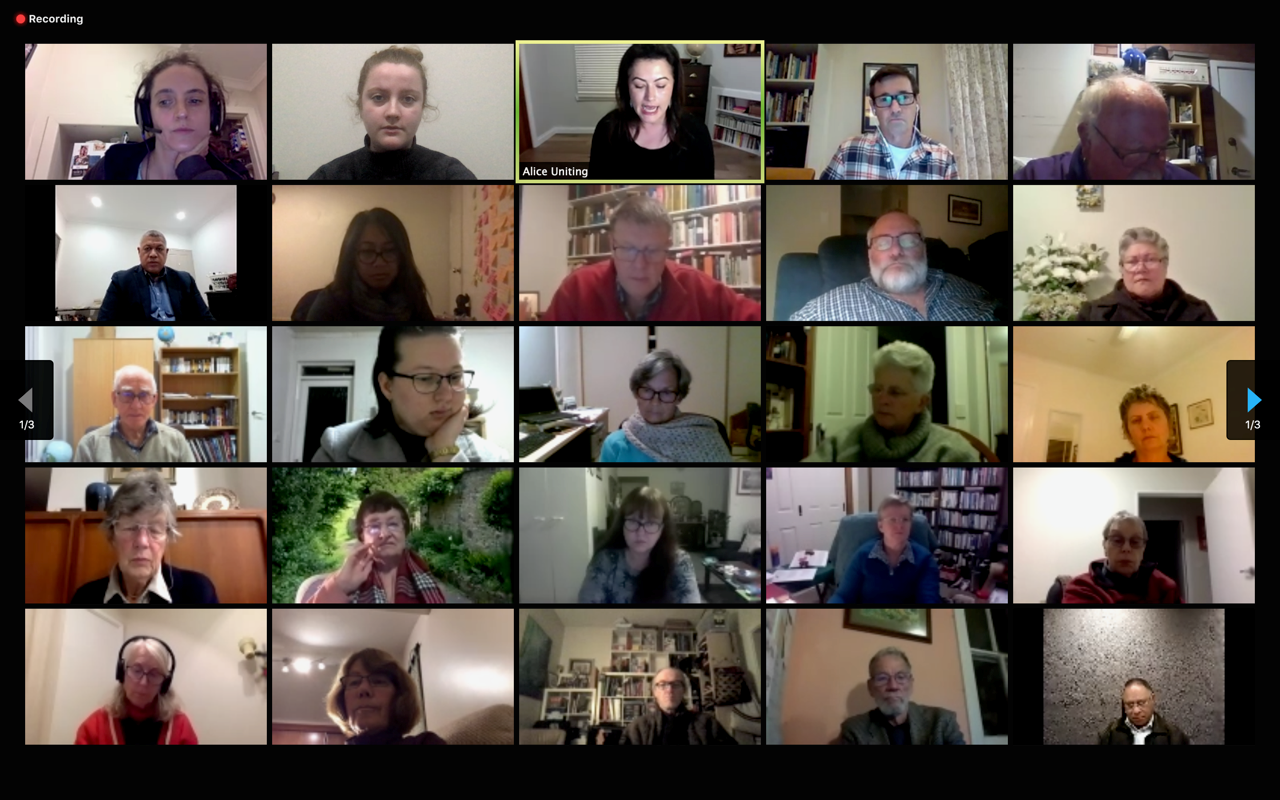 Building on the planning that is underway, the next step is to develop a resource summarising why we care about the earth from our faith perspective and what we urge governments to do. UCAN is aiming at assisting us as we channel our concern for the planet into positive action which is grounded in our joyful appreciation for God’s good creation.

The launch was chaired by Alice Salomon of Uniting, with people from right around NSW and the ACT participating. The launch began with words from the Moderator, the Rev. Simon Hansford. Long term climate activist, Dr Miriam Pepper, gave a potted history of the ways that the Uniting Church has been active in advocating for environmental care and enacting sustainable policies--including Uniting Earth, Project Green Church, Ecofaith, and other initiatives.

Anaiwon and Gomeroi man Nathan Tyson, the First Peoples Strategy and Engagement Manager with the Synod, gave a First Peoples' perspective on care for the creation. The Rev. Lofa Anga’aelangi, Convenor of the Synod Ecofaith Committee, then offered insights particularly from the perspective of Pacific Islanders. Both spoke of the deeply held importance of the land and the ocean for their peoples.

UCA Mission Workers Erin Lewis and Gabby Cadenhead also spoke at the launch, articulating the passion of the younger generations for this important issue. They also set out some of the benefits of adopting the "community organising" strategy which will be used by UCAN, drawing on the success that has been experienced within the Sydney Alliance in recent years.

Uniting Social Justice Advocate Jon O'Brien spoke about the intention to work in close co-operation with other faith-based climate groups, including ARRCC, the Australian Religious Response to Climate Change. The President of ARRCC, Thea Ormerod, with their Treasurer Warren Talbot, and their Community Organiser Tejopala Rawls addressed the participants.

The launch included two opportunities for those participating to talk together in small groups about their motivation for being involved. Thank goodness for "breakout rooms" on ZOOM!

Living in ways that show our respect for, and care of, the creation, is a central commitment of the Uniting Church. It was first articulated in the 1977 Statement to the Nation, which committed to “the wise use of energy, the protection of the environment and the replenishment of the earth's resources”, as integral to its “concern for the welfare of the whole human race”.

Working to address climate issues and living in a way that we care, more intentionally and persistently, for the climate as a key priority is grounded in our joy at the wonders of God's good creation. UCAN will make an important contribution to this enterprise.

For information about UCAN, contact Jon O'Brien on joobrien@uniting.org or phone 0477 725 528

You can sign up online to receive more information about UCAN at https://forms.gle/vjJ7v9y1ASZ2ZbBb9%3Chttps://protect-au.mimecast.com/s/HomeC0YZ1gFnr5kswevFF?domain=forms.gle%3E

There are resources on care for creation available "at your fingertips" at https://www.unitingearth.org.au/at-your-fingertips/

For the 1977 Statement to the Nation, see https://assembly.uca.org.au/resources/introduction/item/134-statement-to-the-nation-inaugural-assembly-june-1977